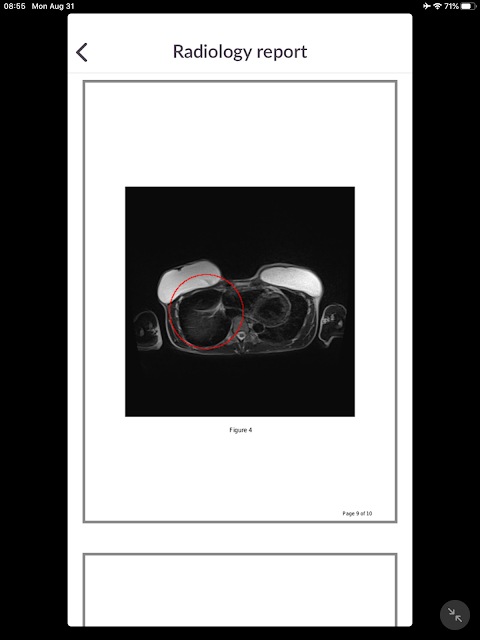 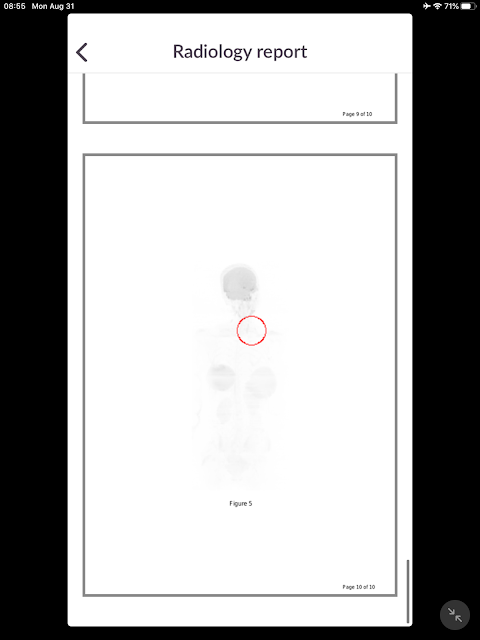 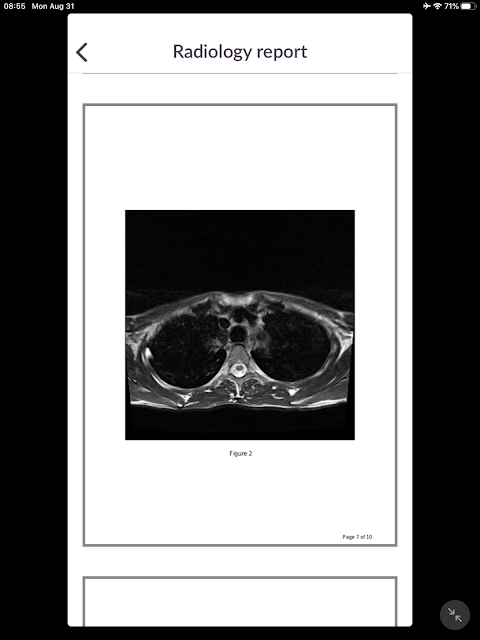 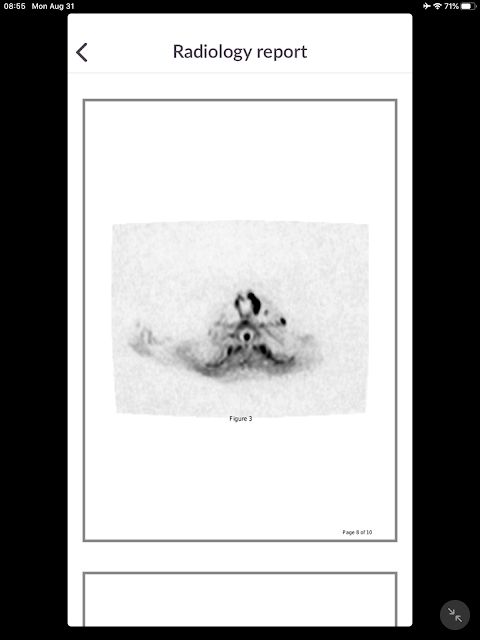 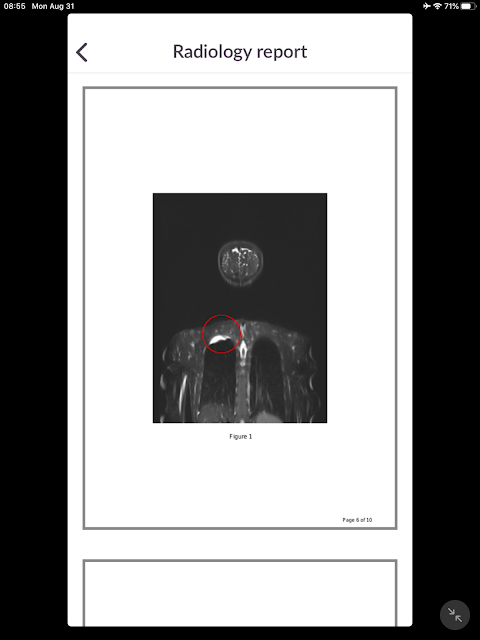 Last year, there was a sudden interest in the mystery of rare illnesses—the hodgepodge of bizarre symptoms, real-life Dr. House’s, the global inclusion of arm-chair doctors, narrowing down of rare illnesses, and finally, through crowd-sourcing possible outcomes, the desperate patient and their family gets the much sought-after diagnosis and blessed treatment! I was so happy to watch these shows appear on all these streaming channels on my Roku—watching people like me receive the miracle diagnosis they’ve been waiting for their whole lives filled me with a hope that has always seemed frivolous and foolhardy. I went to these shows’ websites to see if I could be eligible to be a participant—maybe a miracle could happen for me as well. But reading through all the requirements was enough to make me worn out—and stressed enough to cause a pain flare-up. Then I would become angry because I could not even read a damn website without adding more pain to this wretched body. That is how cursed this body is. And I know that it’s just impossible for anybody reading this to fathom that, no matter how detailed I can describe that. Pain is too abstract for anybody outside of one’s own body to understand. That is why right now, my family physician is fed up, overwhelmed, and not very compassionate with me, and I don’t really want to talk to her anymore. She’s dangerous, in fact—she went to my psychiatrist and basically told him that I’m “overwhelmed” with health issues and that I should go back on my antidepressant—not giving a damn that I have a genetic mutation (MTHFR) that makes antidepressants make me suicidal. I’ve told her this, but clearly, she doesn’t give a shit. She wants to medicate me so I’ll stop bugging her. Sounds familiar to me—just like how the VA made my dad take lithium for a fake bipolar diagnosis in order to legitimize his PTSD, and so after taking lithium for 20 years, he got early onset Alzheimer’s. But I digress.

I can’t repeat this enough: I cannot get stressed, for stress automatically turns into more severe pain. Yet August was all about stress...and more pain and more symptoms. Yet when we paid $1800 out of pocket for a Prenuvo MRI—for which we had high hopes for answers—maybe we had our hopes set too high. Maybe I thought that finally, I would get my miracle like those people I watched last year. But to get absolutely nothing—we weren’t expecting that. And worse, this company has given us a runaround that we couldn’t believe. I don’t know what their deal is, but they are shady. I wouldn’t recommend going to them to anyone, unless you are desperate like we were, I guess. But if you are in that situation, I have some tips to share with you, which I will give at the end.

We had copied six of my doctors and specialists on my MRI report, but when we first got it, none of them, including my family doctor, received it. However, as soon as I got the report, I called my family doctor and read the concerning notes to her. There were three highlights: one was that my thyroid—which stopped working in June 2019 and about which no doctor or endocrinologist thus far is concerned—is asymmetrical, with the one side looking like popcorn; one was my right lung looking weird where I had the dissection in 2018; and the third was my spine being super weird with osteoporosis, arthritis, and shit. Of course, it’s much harder to listen to the report than it is to read it yourself, so she said that she would call me as soon as she got the results to discuss it with me. I had my doubts though because she never calls me with results and always downplays abnormal shit, so I had no faith in her at all to do this—and she still hasn’t called me even though I know she’s gotten the results. The next day, Prenuvo called and set up an appointment with us to talk to their nurse practitioner to go over the results in depth over the weekend.

So Anton and I talked with John the nurse practitioner early on the following Sunday. At first, John just read what was on the report at lightning speed. But then we started interrupting him with questions. That’s when things got really interesting and weird. When we got to the pancreas, which showed no mass or abnormality, I asked John if pancreatitis would show up on the MRI, since it’s inflammation and not a mass. At first he said yes, but in other ways, like in blood tests. I said, “Wait a second, I would have to tell you that I had pancreatitis for you to tell me to do bloodwork prior to the MRI?” He said, “Yes, why?” I said, “Well, I am pretty sure I had pancreatitis at the time of the MRI. Before the scan, I had a lab work from St. Paul’s that said I had symptomatic acute pancreatitis, even though my blood work was normal, and I had a high score on the CA 19-9, which was 26.” John said, “Oh really? Yes, if I knew that, I would have asked you for blood work, and we would have looked for that.” Damn!

Then John said there were things missing from my report that normally, he would see in other patients’ reports, like cervical lymph nodes, stomach lymph nodes, knees and ankles, and other stuff I’m forgetting—but that he would contact the Birch Group (or whoever the radiology group is) to get that info and update the report. He said it was “very odd.” Also, I told him that I’ve had these enlarged lymph nodes that I’ve had ultrasound three times, but that wasn’t noted on the report, so he said he’s ask for those too.

So when I’ve followed up with Prenuvo, they denied that they ever had these things that John said were standard—and they said that John is new to the team. But look—John did not sound new. He sounded like he’s had patients with Prenuvo for a while. Prenuvo sounds really shady. So IF you must use Prenuvo, ask them ahead of time what EXACTLY is included in the report, meaning, which organs, which bones...ask about the “Executive Report,” which John said he doesn’t know why patients don’t get that since they pay a lot of money for it. I’ve asked about the things John said, three times, and I was told on the phone and in email that John doesn’t know what he’s talking about or my points are invalid. Also, the one guy I spoke with, Mark, I complained about how rude he was. I asked why my doctors weren’t getting the report—because this was four or five days after the report was released to me, and a few doctors were asking about it. He told me to share it with them myself, which meant I had to give my doctors my password. I told him no, I spent $1800, which is a lot of money—they need to do it. He said, “Actually, that’s cheap.” WTF. He was so rude. So Anton called back and yelled at him. Then another representative called after that to apologize for this stupid ass. But that guy is still there. Anyway, another tip is to tell Prenuvo any symptoms you have. Be very specific with them. Be careful!

But John said further about pancreatitis is that if it’s chronic as opposed to acute pancreatitis that it depends on if it’s waxing or waning. If I wasn’t particularly inflamed at the time of the MRI, it wouldn’t have shown as much then either. Also, he said it is possible that I am one of the rare patients (and I am usually this person) who has normal blood work with lipase and amylase levels with an inflamed pancreas too. But we have to get to the bottom of it because chronic pancreatitis can turn into pancreatic cancer, for which I’m already high risk because of family history and the BRCA-2 gene.

Another illness that won’t show up on the MRI is Ehlers Danlos Syndrome, for which I am in the process of setting up genetic testing at BC Women’s Hospital. I compiled my raw genetic data and sent it to the geneticist there, and hopefully they will agree to give me the genetic testing for EDS. A large majority of the Children of Vietnam Veterans Health Alliance (COVVHA) have EDS. EDS is an awful affliction with many comorbidities that cause so much excruciating suffering—illnesses that would not show up on the MRI. But we are hoping that a real official EDS diagnosis, done properly with genetic testing first, will lead us to proper treatment as well. One of my good friends from COVVHA, who has a very similar health profile, has taught me a lot about her EDS treatment and management. So I’m following in her footsteps and taking steps to begin to get treatment in the form of a physiatrist and nutritionist. I feel this is a really good start.

I’ve been going down the wrong path for far too long, thanks to doctors with shitty egos, lazy attitudes, and motivations to cover their asses—as well as my own fear and desperation. But now that I’ve hit rock bottom and have been feeling like I’ve been at death’s door—especially how I had been neglected by the attending physician and her resident at St. Paul’s ER—I’ve taken everything into perspective and, with the tremendous help of my close friends, my loving husband, and my children, I’ve begun a true healing journey. I’m so grateful for this chance to rebuild my life. It’s a hard road ahead, but I’m ready.

Posted by Cancerfuckingsucks.blogspot.com at 8:51 AM